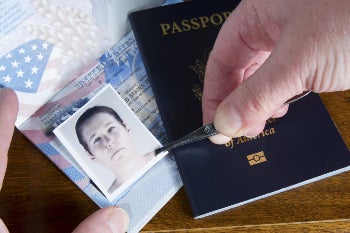 Forgery involves the act of modifying or creating false writing to deceive or commit fraud. A forgery-related offense frequently includes signing another person's signature on a financial or legal document. While in many instances a forgery crime may seem minor, the consequences and potential financial loss to the alleged victims are often so severe that prosecutors forcefully seek out individuals suspected of committing forgery in Santa Barbara.

If you've been accused of a forgery offense, we strongly encourage you to consult a knowledgeable California forgery lawyer. Contact the skilled Santa Barbara forgery defense lawyers with Aron Law Firm to learn how we may be able to help safeguard your rights and freedom against these charges.

What Is Forgery under California Law?

Forgery is defined under California Penal Code 470 as a white-collar criminal offense that involves falsifying a signature or fraudulently modifying certain documents. There are multiple ways that you may be liable for forgery. California's forgery statute makes it illegal for anyone to:

Regarding the last item, “particular documents” include a variety of items, including:

To convict you of forgery in California, the prosecution must establish that:

The “intent to defraud” is a point often brought up in forgery cases that involve deceiving a person to deprive them of money, property, or some legal right. Note that an individual may act with intent to defraud even if no one is genuinely defrauded or suffers a loss.

Examples Demonstrating the Intent to Defraud

Common examples of a person acting with intent to defraud include:

What Are California Penalties for Forgery?

Forgery is considered a “wobbler” offense in California, meaning it may be charged as a felony or a misdemeanor. The prosecution makes the final decision and usually considers factors like whether you have a criminal history, the severity of the forgery offense, and the extent of loss experienced, if any.

Note that misdemeanor charges only apply if the forged document is a check, money order, or similar instrument valued at $950 or less. Penalties imposed for a conviction of a misdemeanor charge of forgery may include:

If you are convicted of a felony charge of forgery in California, you may face the following penalties:

According to California's Three Strikes Law, a conviction of felony forgery may count as a “strike.” The consequences of a forgery charge may be harsh, but an experienced forgery lawyer may be able to help you gather evidence and build a robust defense strategy for the most optimal outcome.

There are several legal defenses that a skilled white-collar criminal defense lawyer may be able to use to challenge forgery charges in California, including:

Forgery defense lawyers at the Aron Law Firm have substantial experience in all areas of forgery-related fraud defense. Even in situations that seem hopeless, there are multiple approaches we may apply in your defense.

A forgery conviction has the potential to tarnish your personal and professional reputation, making it difficult to maintain meaningful employment. If you're facing charges for a forgery offense in California, contact an experienced criminal defense attorney as soon as possible to learn your rights and legal options.

To speak with a knowledgeable California forgery defense attorney at Aron Law Firm, schedule a confidential case review by completing our contact form or calling (805) 618-1768.